Immigration and population change in the UK's towns and cities 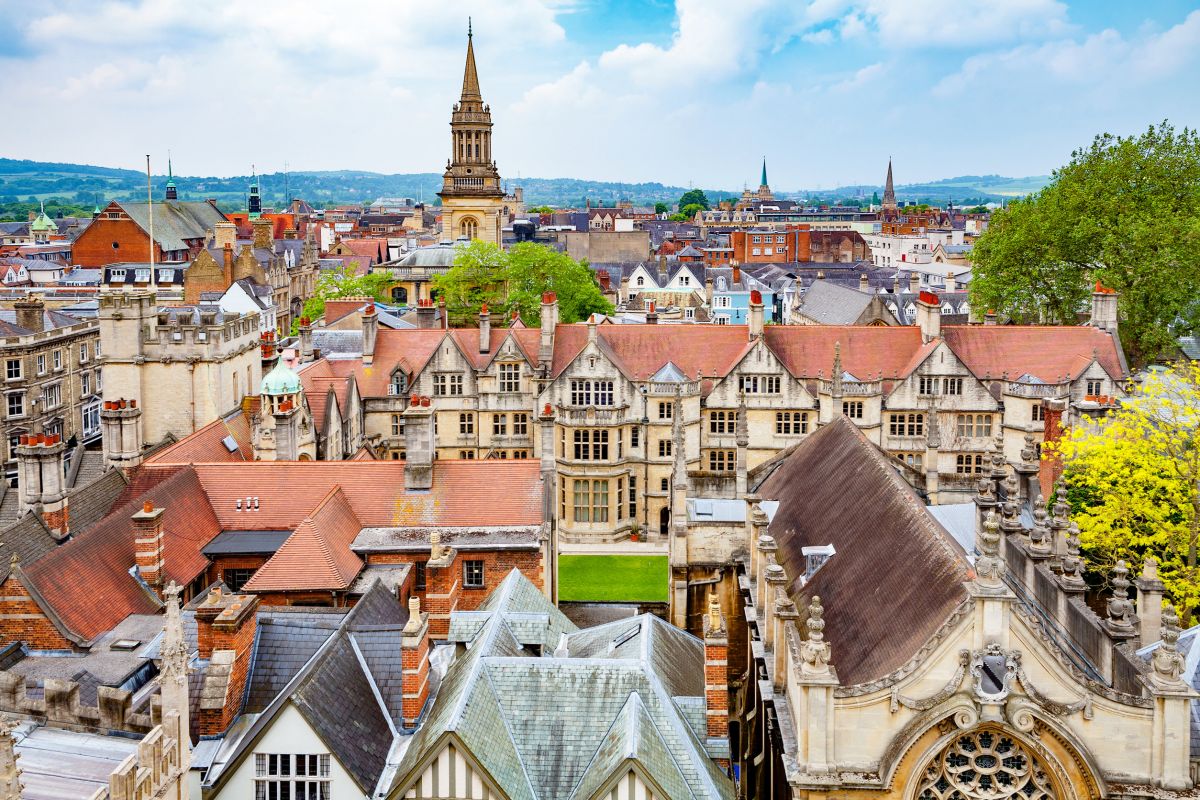 1. This paper should be read alongside our previous research (‘Impact of immigration in changing the UK population’, issued on 27 July 2021[1]). That paper found that the foreign-born population of the UK had doubled from about 4.5 million to around nine million between 2001 and 2020 and that the ethnic minority population of Great Britain had more than doubled from six million to 13.5 million - reaching over a fifth of the total (this includes ‘Other White’, i.e. those who identify as White but are not British, often from European countries. Definitions of ethnic groups are based on those used by the ONS).[2]

2. The paper looks at the impact of high immigration by non-UK nationals (net 300,000 per year since 2001) on the UK’s towns and cities. A majority of inhabitants of London (55%), Slough (69%), Leicester (58%) and Luton (57%) are of ethnic minority (EM) background. The EM share in inner London was 60% in 2016, and 48% and 42% in Birmingham and Manchester respectively.[3] Nottingham, Thurrock, Coventry, Derby, Peterborough, Milton Keynes and Northampton have experienced major demographic shifts.

3. This paper shows that around half of births in some major English cities - London (57%), Birmingham (42%), Manchester (50%), Cambridge (57%) and Leicester (56%) - are to non-UK born mothers. Some of the biggest direct and indirect impacts of immigration during the past decade have been in areas adjacent to London, the East of England and East Midlands (Table 4 & 6 below). Scotland and Wales have also seen notable rises in the non-UK born and EM populations compared with a relatively lower 2001 level (Table 1 & 7).

4. This paper argues that the UK is likely to experience a growing gap in outlook between those of different heritage as more and more towns and cities become areas of hyper-diversity, some potentially marked by intensifying communal segregation. There are also likely to be growing divisions between urban and rural areas, and between young and old.

5. Given the serious problems of cultural division and value divergence pointed to by Dame (now Baroness) Louise Casey in her landmark 2016 report on integration, there is serious risk of the weakening of the basic fabric of shared understandings and common experience that have long undergirded British life.

Where do immigrants tend to go?

7. Figure 1 shows that, since 2001 just under 90% of nearly 11 million immigrants have gone to England, while 6% went to Scotland, 2% to Wales and just over 1% to Northern Ireland (gross immigration figures, including British citizens). Of those who went to England just under half (47%, or 4.6 million) chose London and the South East but the next highest totals (just under a million each) went to the East of England and the North West.

Foreign-born population by area of UK

9. Table 2 below shows 15 towns and cities in England which had relatively high proportions of foreign-born residents in 2019/20 compared to the overall English average of 15%, according to the ONS Annual Population Survey (APS). For this table, London is treated as one unit. However, as Table 3 shows, in certain parts of London - such as Kensington and Chelsea, Brent and Newham - 48% of respective borough populations are foreign-born.

10. According to the ONS’s local area migration indicators tables, twelve local authorities witnessed a percentage point increase in the share of non-UK born residents between 2010 and 2019 that was ten points or more (Table 4 below).

Indirect impact of immigration on different parts of the UK

12. By 2019, between 40% and 60% of births in some major English cities were to foreign-born mothers. Table 5 below shows 15 urban areas with the highest shares of live births to non-born mothers in 2019. It shows that the percentage was half or more in Luton, Oxford, Manchester, Leicester, Cambridge and London. The highest share in the UK (with London treated as one unit) was Slough (62%).

13. However, looking at London by individual borough, the five highest shares were: Brent (75%), Harrow (74%), Newham (73%), Ealing (70%) and Hounslow (69%). Although the share in London only rose by one percentage point (2010-19), areas such as Havering and Barking and Dagenham saw very high relative changes of 17 and ten points during that period respectively.

Table 5: Percentage of live births to non-UK born mothers (ONS)[11]. Those with a share of half or more are highlighted in bold.

14. Table 6 below lists 14 local authorities in which the percentage point increase in the share of births to non-UK born mothers between 2010 and 2019 was eleven points or above.

15. The three English regions with a percentage point increase above four (England as a whole) were the East Midlands (6), East of England (5) and West Midlands (5). Notable rises were seen in places such as Northampton, Ipswich, Broxbourne, Mansfield and Nottingham, Corby and Peterborough.

16. Other areas of marked change during the past decade can be found in the North and East London commuter belts, Hertsmere in Hertfordshire and in Barking and Dagenham, Havering, Thurrock, Gravesham and Dartford.

Ethnic change in different parts of the UK since 2001

18. For historical reasons, the UK regions with the largest EM shares have been and remain London and the West Midlands (2020 shares of about 55% and 38% respectively, according to the LFS). Such areas experienced continuing major change since 2001 but there have also been notably large changes in the North West, East of England and South East.

19. Table 7 contains data ordered by the size of the percentage increase, over the past two decades or so, of the ethnic minority population as a share of the respective total in each area of Great Britain.

Table 7: Change in ethnic minority share of the population by area, (ONS).[13]

20. According to ONS estimates, three urban areas outside London had a majority of inhabitants who were of EM background in 2016. It should be noted that these ONS estimates are not official statistics but were produced using the Annual Population Survey (i.e. Labour Force Survey plus various sample boosts), the mid-year population estimates and 2011 Census:[14]

How are towns and cities changing?

21. We have suggested above that immigrants and minority ethnic groups have tended to settle more in urban and industrial areas, often reflecting labour market gaps which immigrant communities came to fill in the 20th Century. London is clearly the first port of call for many immigrants. Nearly one in three overseas immigrants to the UK in 2019 (29%) went to London, despite the fact that London only makes up 13% of the total UK population.[16] As the Casey Review of 2016 noted, half of all minority ethnic citizens in Britain then lived in London, Birmingham and Manchester. Similar patterns of urban concentration exist in Scotland and Wales, such as Edinburgh, Glasgow, Cardiff and, increasingly, Swansea.[17]

22. This is reflected in the fact that recent population growth has been much faster in urban and suburban areas than in rural areas, accompanied by a process of what the Resolution Foundation (RF) has called “demographic divergence”, in which the average age in rural populations is rising and urban populations are becoming younger. RF calls this trend ‘particularly worrying’, while noting the major implications for politics, local governance and economic strategies.[18]

23. Immigrants and those from a minority background also tend to be younger than the overall resident population. As the RF noted in 2019: “The poorest parts of the country are often urban, young (and getting younger) ethnically diverse local authorities with high birth rates.” This means that large numbers of children are being born in low-income places.[19]

24. More than 90% of immigrants arriving in the UK in 2018 were under 45, compared with less than 60% of the UK population generally.[20] Meanwhile, the average age of international immigrants to London is 28.3, so migration and relatively high birth rates bring London’s average age down.[21]

25. The younger cohort of the UK population is much more ethnically diverse than the older cohort. Our previous paper showed that just over a third of pupils in England’s state schools are of ethnic minority heritage (compared with just over a fifth of the total population in England), but with significant regional differences. In the North East of England, the figure is 12%, while it is 38% in the West Midlands and 80% in inner London[22] - ethnic segregation becoming a major problem. A Demos study found that, in 2013, more than 50% of ethnic minority students were in schools where ethnic minorities formed the majority of pupils.[23]

Figure 4: Share of ethnic minority pupils in state-funded schools in England (Dept. of Education figures, ‘School pupils and their characteristics’).[25]

27. Younger people are more likely to move to urban areas, so the average age in rural areas is 45 (and rising), compared with 39 for urban areas. Indeed, it is quite striking that the fastest-growing population groups overall are rural 55-74s, and rural people over 75.[26]

28. Professor Eric Kaufmann has described a process in which white majorities are moving towards areas that are heavily white while avoiding more diverse places, with White British families increasingly tending to avoid dense and diverse neighbourhoods - part of a broader picture of population churn. He also cites statistics which show divergence in the moving patterns of both whites and minorities. During the 2000s, two-thirds of white British movers chose whiter wards, 12% went to more diverse places and the rest selected wards of similar diversity. For minority movers, 25% per cent opted for white wards, while 40% chose more diverse wards to move to.[27]

29. Meanwhile, Ian Gordon has suggested that London’s growing migrant population has been accommodated, despite the Capital’s ‘inelastic’ housing stock, by both ‘displacement of others into nearby regions’ and by acceptance of much higher levels of crowding. However, this is not something that can be expected to continue, since as migrants ‘become better integrated economically and socially, density standards seem to converge towards those of the UK-born population’[28]. This seems to imply that 'displacement' from London may be set to continue (and could perhaps increase), especially should immigration continue at the very high recent levels.

30. The process of ‘demographic divergence’ related to age (noted above) may have political impacts. The Resolution Foundation’s view is that ‘age has replaced class as the big dividing line in our politics’ and ‘has become a key driver of voting preferences’[29]. However, as Professor Kaufmann notes, in the midst of shifting demographic patterns, ‘ethnic change is altering the basis of politics from class to ethnicity’.[30] How these processes interact as the population transformation continues will be of prime importance for the UK during the rest of the 21st century and beyond.

31. The uneven impact of immigration and other demographic changes on different parts of the country - particularly on various urban and suburban areas - are multifarious and difficult to disentangle. However, it is clear that these effects have been and will continue to be profound. In 2016, Dame Louise Casey identified ‘worrying levels of segregation and socio-economic exclusion’ in different areas of the country. In her words: “As the diversity of the nation has increased [a] dynamic is… clear – people from minority groups have become both more dispersed and in some cases more concentrated and segregated.”[31] As a striking illustration, in one school visited by Casey Report researchers, pupils believed the population of Britain to be between 50% and 90% Asian, such had been their experience up to that point.

32. Should the trends described above be allowed to continue, there is an increasing potential for the shared outlook that has long undergirded British life to weaken further - driven mainly by the huge scale of recent arrivals together with the younger age structure of most, and the higher fertility rates of some immigrant groups.[32]

Table A: Change in share of births to non-UK born mothers by area, (ONS).[33]