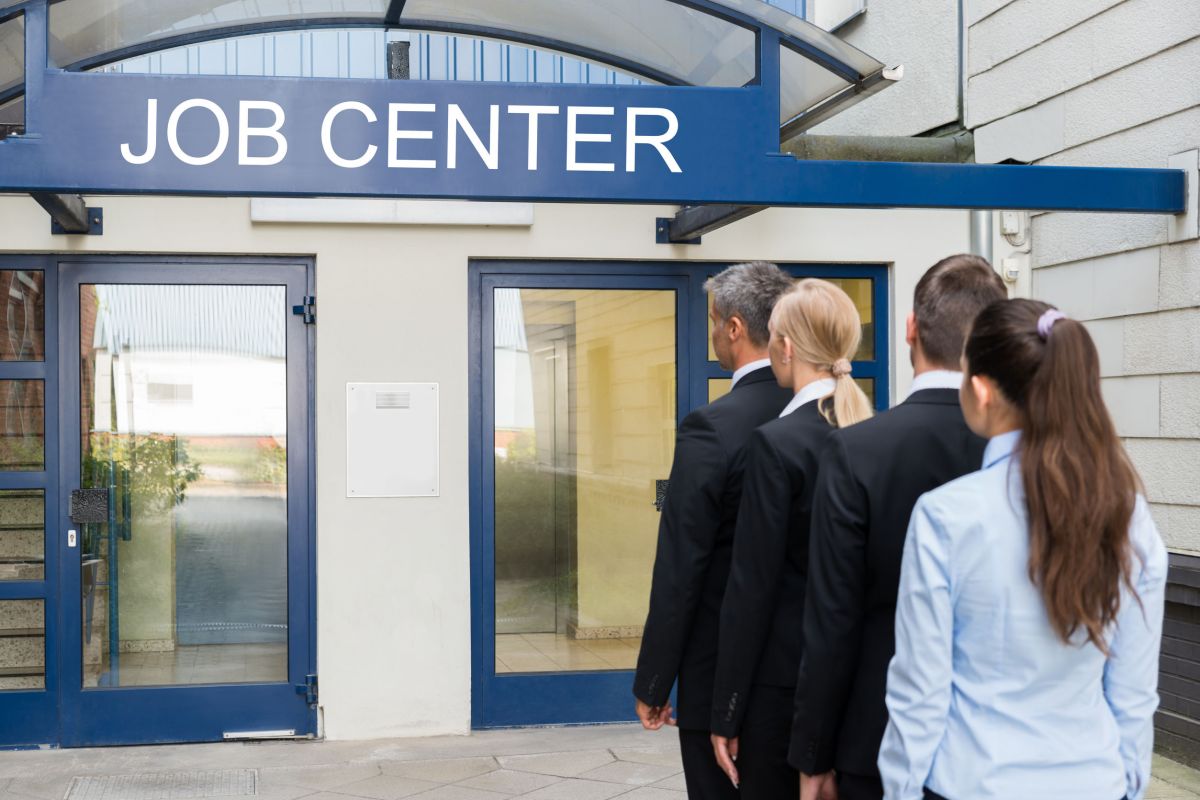 1. As unemployment rises, sensible policy measures to protect the well-being of UK people are vital. A cap on the central work permit route leading to settlement - set at 45,000 per year - is needed to safeguard UK workers and jobseekers from the very rapid increase in foreign competition that is likely to result from planned immigration changes set to come into force in less than three months.

2. John Maynard Keynes said. “When facts change, I change my mind.” Yet the government ploughs on with an immigration plan which is dangerously blind to the impact of the Covid crisis on UK workers. Redundancies are rising at their fastest rate since 2009[1].

3. With a further potential ‘lockdown’ on the cards - risking an increase beyond even the projected 7.5% end-of-year unemployment rate - it is vital that the government reconsiders its plan in order to retain and adapt the annual limit on work permits. After 31 December, this cap should be increased from about 21,000 now (for non-EU workers) to 45,000 to incorporate EU workers (for a breakdown of this number, see paragraphs 18 to 24 below). As now, permits should be allocated on a monthly basis.

The need for a cap

4. The importance of preserving fair opportunities for those in the UK labour market at a time of rising unemployment is clear. The Bank of England expects unemployment to rise substantially, reaching 7.5% by the end of the year. Some 695,000 UK workers have disappeared from the payrolls of British companies since March. Meanwhile, there were 156,000 fewer young people in employment in the three months to July compared to the previous quarter.

5. A second ‘lockdown’ would make this situation even worse and the forecasts for 7.5% unemployment this winter would have to be revised up considerably. Indeed, former Prime Minister Gordon Brown has noted recently that employment prospects are at their worst in 50 years. There were, he said, 2,932 applicants for a single warehouse job in Northumberland, 2,653 applicants for a factory job in Sunderland, 2,154 applicants for an administrative job in Coventry and 15,000 applicants for 10 assembly operative jobs in Birmingham.[2]

6. It is a particularly perilous time to be removing the key control on the primary economic immigration route, especially while substantially reducing the qualifications and pay required for potential recruits from four-fifths of the world’s countries. This represents a major loosening of the system and would expose seven million full-time jobs held by UK-born workers to new or increased direct global recruitment.[3]

7. The planned suspension of the cap on work permits is the most dangerous aspect of the proposals. With no cap there can be no real control. Since 2011, the cap has enabled employers to recruit a reasonable level of workers from outside the EEA where they could not be found locally. When the cap was reached on brief occasions, places (Restricted Certificates of Sponsorship, or RCoS) were prioritised for jobs on the Shortage Occupation List (SOL) or PhD level occupations on the basis of points and salary. In practice this meant that that jobs on the SOL could not be turned down when the cap bound.”[4]

8. A cap should also drive employers to raise pay, improve conditions and invest in skills - something that the Migration Advisory Committee (MAC), the Royal College of Physicians, the British Medical Association and the social care group Cavendish Coalition have repeatedly emphasised over the years. Damningly, the MAC has said: “The IT, engineering and health sectors invest insufficiently in UK residents.”

9. The failure of skills provision and workforce planning has created a vicious cycle in which some short-sighted employers continually point to ‘shortages’ of local recruits, even though such gaps have been severely worsened by themselves and by a wider government failure to invest adequately in training. For instance, the UK ranks near last place among OECD countries in intermediate skills[5] and the UK is ‘one of the [OECD] countries with the lowest correspondence between the skills reported as development priorities by employers and the skills targeted in their training activities’[6].

10. Many countries have numerical limits or quotas on visas. For example, Australia has a numerical annual limit on visas, including on permanent migration for work[7] - ensuring control as well as fairness for local workers while giving businesses the chance to recruit from abroad when recruits cannot be found locally. Indeed, over 70% of the UK public support retaining an Australian-style work permit cap in the UK (Deltapoll, 2019) at the heart of the new ‘Australian-style immigration system’.[8]

The alleged ‘need’ for workers from abroad

11. Even before the Covid crisis hit, there were four million UK-born people who were either looking for work or looking for more hours of work.[9] When employers complain of a shortage, they often reflect a shortage of people willing to work for the (low) wage that the employers would like to offer.[10]

12. In principle, most jobs could be filled from within the UK if the right pay were offered. The MAC recognised this reality in 2018[11] and has also said ‘there is no good reason’ why key staff cannot be sourced domestically. Instead of relying on the ‘get out of jail free card’ of immigration, it said, employers should give UK people ‘sufficient incentive and opportunity’.[12]

13. What is often called a ‘need’ for workers from abroad is simply businesses relying for profit on importing cheaper labour than can be sourced in the UK. Nothing improves wages, conditions and productivity faster than a shortage of workers.

14. If employers struggle to attract interest in particular areas, they should offer better wages and conditions to attract recruits from other parts of the country and then provide necessary training and investment in productivity and technology to build on this talent base.

15. In a situation where the UK workforce is facing potentially very high unemployment levels in the months to come, it would be quite wrong for the government not to be firm in ensuring that employers respect their wider national duty to the communities which sustain them - by offering what vacancies are available first to UK workers who may have lost their jobs in the midst of this crisis. This cannot possibly be the time to throw open the doors to the world.

16. Furthermore, the MAC has pointed to the reality that giving employers too easy access to migrant labour can mean that businesses, and those responsible for skills, ‘do not focus sufficient effort on increasing the skills and potential of the resident population.’ It added that a limit on work permits may boost ‘recruiting from the UK unemployed or inactive... and in the longer-term by up-skilling UK workers’.[13]

17. The failure of workforce planning in the NHS is well-documented and some efforts are now being made to address the situation. However, it would make no sense to include NHS staff in a cap while we are still facing the Covid crisis. Medical practitioners and nurses were excluded from the cap on 6 July 2018. They are also excluded from the cap described below although this must only be a temporary measure put in place until the health sector addresses its failure of workforce planning.

18. The presently-constituted general work permit cap (which exempts some in SOL roles, like medical professionals, and those going into PhD professions) is set at 20,700 per year. It has worked well. In fact, for most of the period 2011-2019, this level has been ‘greater than demand’.[14] This element of our proposed cap would continue present treatment of SOL jobs and exemptions.[15]

19. Furthermore, when the labour market is weak (as now, and growing weaker) employer demand for overseas workers should be lower as there is a larger number of potential recruits available locally. Successive governments since 2008 have been right to make non-EU migration more selective, as the MAC has noted.[16]

20. As the new immigration system will replace free movement, the level of the overall cap should be sufficient to enable employers, if necessary, to recruit skilled workers on a similar scale to those who previously arrived from the EU – the difference being that the pool of potential recruits would be worldwide.

21. Analysis of the Labour Force Survey from the immediate pre-Covid period (early 2020) suggests that a little over a quarter of EU workers in the UK are in high-skilled occupation classifications and would have qualified for entry under the previous conditions applied to non-EEA workers. That is about 25,000 workers a year.

22. Adding this to the non-EU element described above would give a limit of 45,000 for worldwide work permits. This ought to be a perfectly satisfactory start to the new system given that economic activity is likely to be lower and there will be a very large number of British workers looking for jobs.

23. While the calculation of the necessary elements is based on the existing use of EEA and non-EEA workers, the new system would not distinguish between them, and applicants from around the world would compete among themselves on an equal basis for the jobs on offer in the UK. The division in this note is simply a means of calculating a suitable total.

24. It should be noted that our cap does not cover dependants for this main work route. Dependants run at around 70 per cent of main applicant grants, and there were 26,000 entry grants for work permit dependants in 2019.[18]

Elements that are not capped

25. Intra Company Transfers (ICTs) for senior staff of international companies are not capped. Nor are work permits linked to so-called Unrestricted Certificates of Sponsorship, which are issued to a number of applicants going into Shortage Occupations / NHS roles / PhD-level roles. The numbers are as follows:

26. The revised cap, of 45,000, brings the annual Tier 2 inflow (not including dependants) to over 90,000, up from more than 60,000 now. The cap has been increased to take account of the previous flow of highly-skilled EU workers.

27. Even before the Covid-19 crisis struck, the government’s immigration plan posed risks to the domestic workforce. But the new circumstances make action on retaining suitable safeguards even more important. Data obtained through FOI applications[22] has shown that, from the outset, the government has been planning for up to 500,000, pandemic-induced, redundancies. This makes it even more imperative that the cap on work permits is retained.

28. Without a cap on work permits, a very bad situation will be made even worse. As unemployment increases sharply, with the prospect of further ‘lockdowns’ and more risks to jobs, the introduction of an uncapped global work permit policy is, at best, reckless. It makes no sense to all but encourage a rapid rise in global competition for UK work from poorer and much larger countries. This, at a time when UK workers need every suitable job opportunity that is available. A cap of 45,000 would be both prudent and would also ensure access to the skills that business requires.