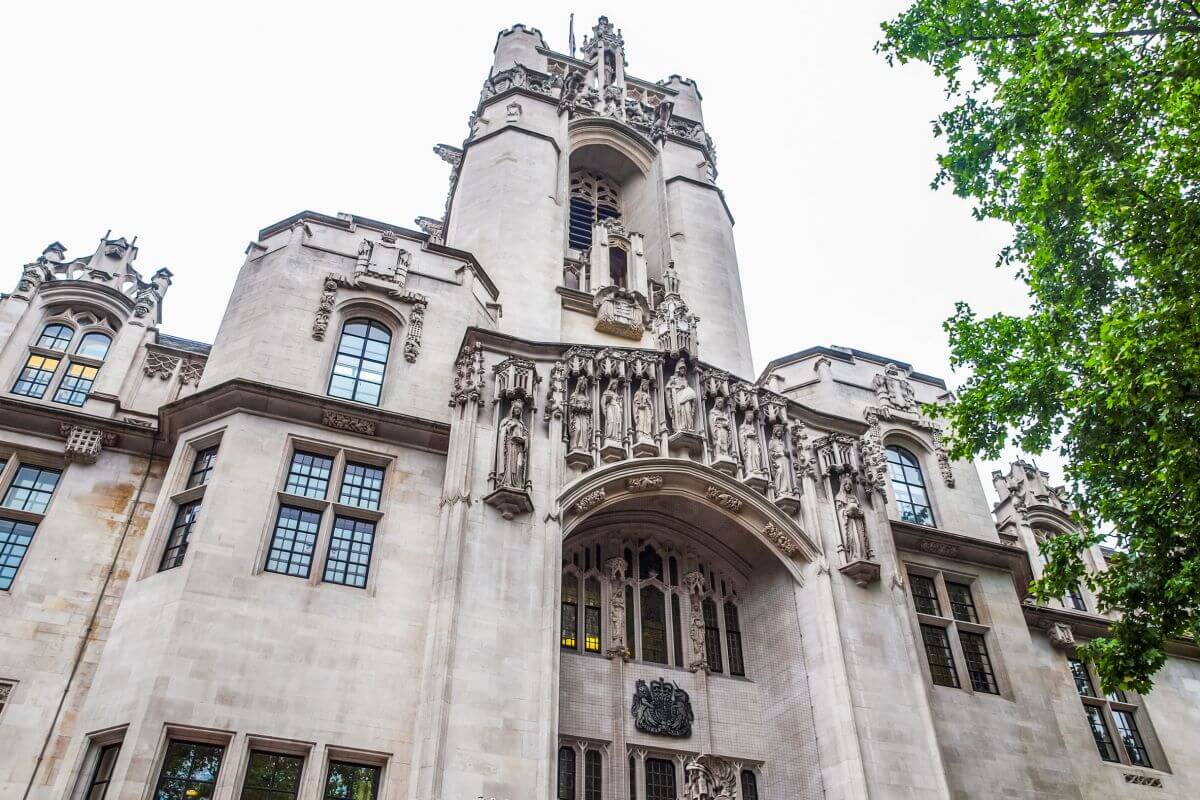 The case is a judicial review by the Supreme Court in two cases taken together of two appellants, one from Kenya and one from Jamaica, The reference is [2017] UKSC 42.

2. Both appellants had been sentenced to periods of imprisonment for drug offences and deportation orders were made against both. Both had been resident in the United Kingdom for many years and had built up family relationships. The Jamaican appellant had had relationships with three different women and had fathered eight children. Both relied on Article 8 of the ECHR which confers a right of respect for family life. It is important to note that although the basis of the two appeals was Article 8, the substance of the judicial review was section 94B of the Nationality, Immigration and Asylum Act 2002. Section 94B(2) empowers the Home Secretary to certify an appeal against deportation based on a human rights claim to the effect that requiring the person concerned to leave the United Kingdom in accordance with the deportation order would not be unlawful under the ECHR. This is pursuant to the obligation imposed on all public authorities by section 6 of the Human Rights Act 1998 not to act contrary to the ECHR. In thus certifying the Home Secretary must have regard to the obligation imposed by section 94B(4) of the 2002 Act that the person concerned would not, before his appeal rights are exhausted face a real risk of serious irreversible harm.

3. There is nothing new about appeals being conducted on behalf of appellants who are abroad. For example, if a British female national wishes to bring in a spouse or fiancé from Pakistan and the entry clearance officer in Islamabad refuses a visa, the spouse or fiancé has a right of appeal (which in accordance with the provisions of Part 5 of the Nationality, Immigration and Asylum Act 2002 as amended must now be based on either a protection or a human rights claim). Any appeal would need to be conducted by the British female national as sponsor. In such cases the appellant has not yet entered Britain, whereas the cases being considered by the Supreme Court were about two men both long resident in Britain against whom deportation orders and statutory provisions requiring them to be deported before they could conduct their appeals had been made – a very different situation,

4. The Supreme Court’s judgment quotes with approval a decision of the Upper Tribunal, Immigration and Asylum chamber, Secretary of State for the Home Department v. Nare [2011] UKUT 441 which set out guidance to be followed by a court or tribunal considering whether evidence can be given from abroad by telephone or other electronic means. The guidance included the following:

The Court was mainly concerned about the physical difficulties and financial cost of conducting an appeal from abroad. Resort may need to be made to video links and £240 was quoted as the likely cost per hour of a video link between Britain and Kenya – apart from the actual cost of hiring the equipment and the services of competent technicians to operate it.

5. The Court stressed also the logistical difficulties which would be experienced. I quote from paragraph 76 of the judgment:

[The appellants].would suffer a breach of their rights under Article 8 if they were to be deported in advance of the hearing of their appeals. I conclude that for their appeals to be effective, they would need at least to be afforded the opportunity to give live evidence. They would almost certainly not be able to do so in person. The question is: as a second best, would they be able to do so on screen? The evidence of the Home Secretary is that in such appeals applications to give evidence from abroad are very rare. Why? Is it because an appellant has no interest in giving evidence in support of his appeal? I think not. It is because the financial and logistical barriers to his giving evidence on screen are almost unsurmountable

6. The two cases are both based on appeals against deportation orders for foreign criminals and many such appeals have been based on Article 8 of the ECHR. It is important to appreciate that this case was not an appeal against the deportation orders but a judicial review of a Home Office order made under section 94B of the Nationality, Immigration and Asylum Act 2002 requiring the appeals to be conducted from outside the United Kingdom. The Supreme Court has ruled in accordance with section 6(1) of the Human Rights Act 1998 that the order was incompatible with the requirements of Article 8 of the ECHR and was unlawful. The Court did not consider the possibility of making a declaration of incompatibility under section 4 of the Human Rights Act, nor does it appear from the judgment that such a drastic step was contemplated. Such a declaration may be made by the High Court, Court of Appeal, Supreme Court or other superior UK courts. By the operation of section 4(6) the declaration does not affect the validity, continuing operation or enforcement of the provision of the statute in question, but in practice it puts considerable pressure on government and Parliament to enact amending legislation removing the offending provisions. It is likely that the finding that the Home Secretary acted unlawfully in ordering that appeals be conducted from abroad in these two cases will make it difficult to use section 94B in future.