An Assessment of the Fiscal Effects of Immigration to the UK

1. The fiscal effect of immigration on the UK exchequer has gained considerable prominence in recent months. The results of all research in this area depend on the method used and on the assumptions underlying them. This paper examines a “discussion paper” issued by the Centre for Research and Analysis of Migration (CReAM) at University College, London. The authors, Dustmann and Frattini, adopted the “average cost” method for their reported results but also calculated an alternative scenario using the “marginal cost” method preferred by some. This paper focuses on the reported results, but we also examine the alternative scenario in Annex A.

2. The authors themselves found a fiscal cost to the UK from migrants in the UK of £95 billion between 1995 and 2011. This result can be found only in Table 5 at the end of their paper; the figure is not mentioned in their text and the abstract of their paper makes no mention of any fiscal cost at all. Furthermore, their findings show a net cost every year as illustrated below. 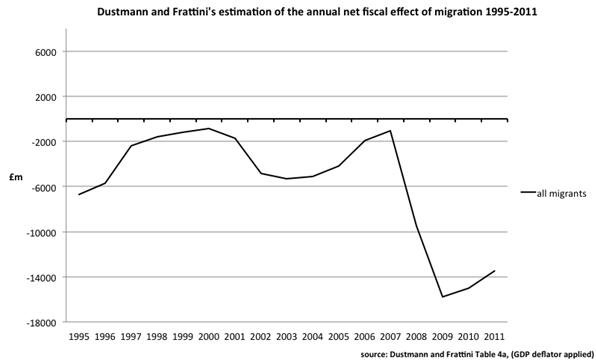 3. They also found consistently negative net per capita contributions by migrants - even when the UK-born were contributing positively. 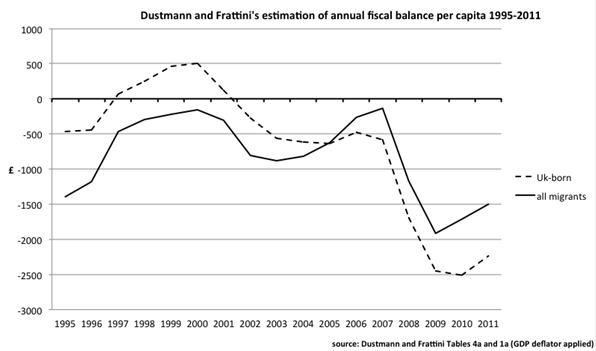 4. The authors claim that this masks a different and much better performance by recent migrants from both within and outside the EEA. 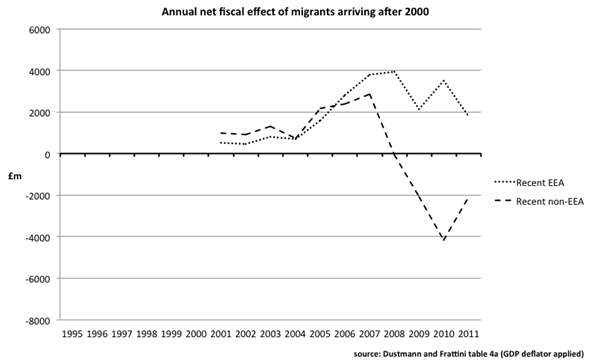 5. This paper from Migration Watch UK makes clear that Dustmann and Frattini have overstated revenues and understated expenditures for these recent migrants, and suggests something quite different when they are adjusted to take account of these, as shown below. 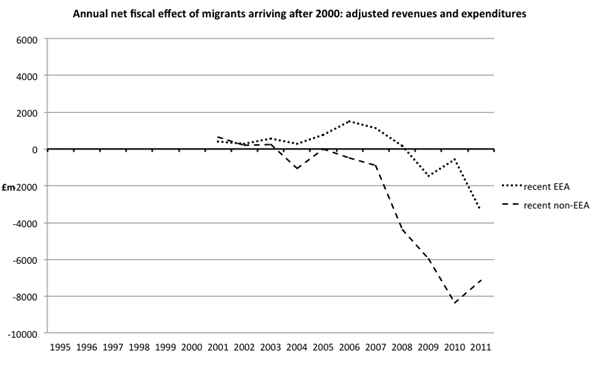 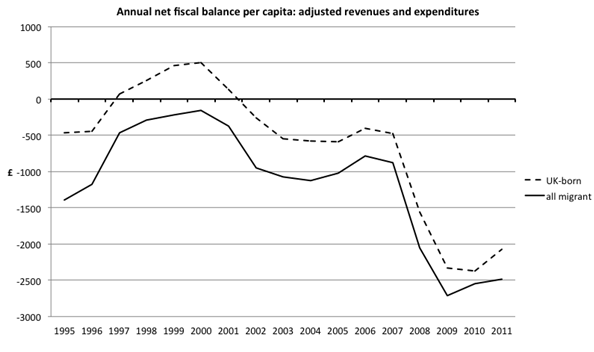 7. These adjustments suggest that the overall fiscal cost of migration to the UK – assuming that Dustmann and Frattini were otherwise correct - was £148 billion during the period from 1995-2011. 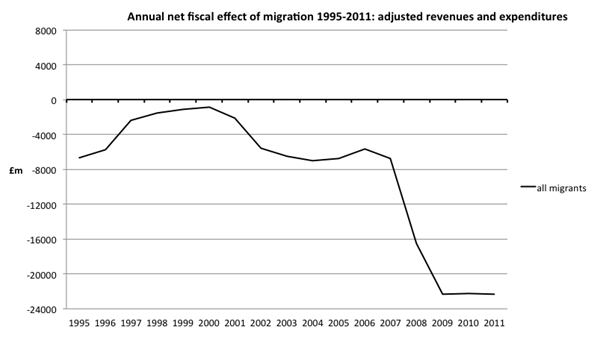 8. Dustmann and Frattini claimed in particular that between 2001 and 2011 recent EEA migrants contributed to the fiscal system 34% more than they took out, with a net fiscal contribution of £22 billion. We suggest that in fact there was no positive contribution. 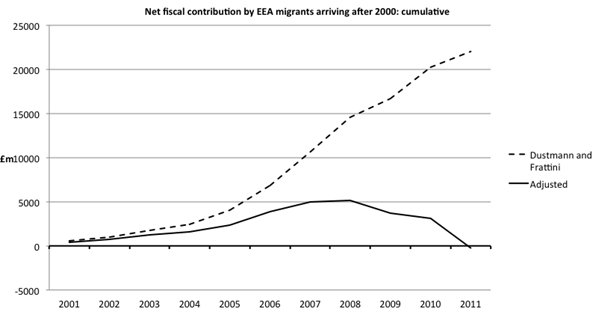 9. Annual per capita contributions show the clear downward trend of Dustmann and Frattini’s findings, and the result of adjustment to take account of their overstatement of revenues and understatement of expenditures. 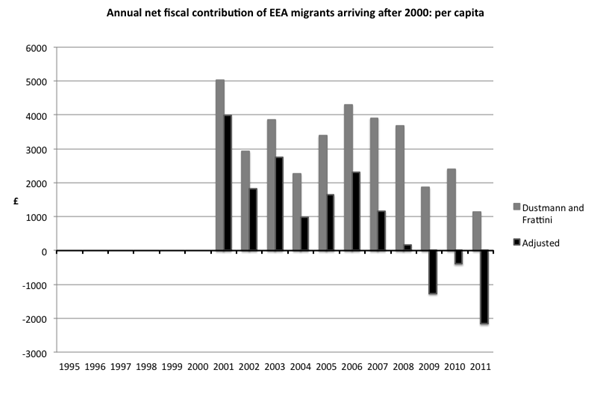 10. The headline conclusions of their press release have been very widely repeated and publicised, most commonly that for EEA migrants since 2000:

11. We have found, on examination that:

Immigration and the Economy: MW 329

Recent Immigration and the Economy Papers